Much of the information on these pages is derived from the book “Project Risk Quantification” by ValidRisk partner John Hollmann. Taken together, the “Learn about” sections are a kind of digest of the book. There is a lot of information here, some quite technical, but don’t be put off by it; the ValidRisk tools are designed to be easy to use and understand by the user. Mr. Hollmann was also the primary contributor to many applicable AACE® International Recommended Practices that are referenced in these sections.

The following is an outline of the Learn About topics.

Note: It is recommended that ValidRisk users acquire the PRQ text because it explains the research and technical basis of the methods in depth as well as serving as a form of user guide through the application of a demonstration model (available to book readers). Hard copies can be obtained from the publisher. A Kindle version is also available from Amazon. 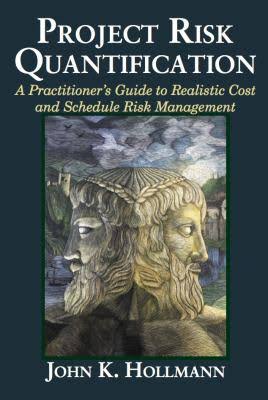 PRQ, published in 2016, blazed a new trail in project risk quantification (or perhaps re-blazed as discussed below). The author is John K. Hollmann PE CCP CEP DRMP FAACE, owner of Validation Estimating LLC and ValidRisk partner who was also the primary author of the AACE International® Total Cost Management (TCM) Framework (2006). Mr. Hollmann also led development of the AACE® Decision and Risk Management Professional (DRMP) certification (initiated 2013) and continues to help develop AACE Recommended Practices. However, in respect to the PRQ book, Mr. Hollmann’s experience with Independent Project Analysis, Inc. (IPA) from 1998-2005 is perhaps most relevant as discussed below.

When Excel® based Monte Carlo simulation (MCS) add-ons were introduced in the 1980s, seemingly every estimator and scheduler became a risk analyst. What was forgotten was empirical research from the 1950s through 1980s, that showed that cost growth was driven primarily by systemic risks. Unfortunately, applying sophisticated MCS to wrong-minded models (i.e., line-item ranging) resulted in worsening of cost contingency estimates, not improvement. The application of MCS to critical path scheduling method (CPM) models got better results (but still often not realistic), but required time, a level of effort and a level of schedule quality that was typically not available for the average project, or at early project phases.

However, the empirical research was not forgotten at IPA. IPA has benchmarked thousands of projects for its clients since its founding. As part of its analyses, they apply parametric risk modeling. The origin of the model was the empirical research of John Hackney (and AACE® founder), first published in 1952 and improved on by the Rand Corporation in the 1970s and 80s. The Rand research, sponsored by the Department of Energy, used data from a large group of major process industry companies. The lead Rand researcher, Edward Merrow, founded the benchmarking firm IPA in 1987, building on the data and findings from the Rand initiative. While MCS and “line-item ranging” became the rage, IPA kept empirical-based parametric modeling alive and proved the success of the method.

This history is important to know because the ValidRisk parametric models evolved from the Rand models (not the same as the IPA models, but emanating from the same roots). Any perception that parametric modeling is new or unproven is false; parametric modeling has been in regular benchmarking use since 1987 and, as such, is perhaps the most proven method available. It is also consistent with Construction Industry Institute (CII) Project Definition Rating Index (PDRI) research. The primacy of systemic risk, and understanding of its cost and schedule impact is settled science. (note: neither ValidRisk or John Hollmann have any relationship with IPA Inc. or CII).

About the PRQ Book

Returning to the book, PRQ presents the most practical, realistic, and integrated approach to project cost and schedule Risk Quantification that is available today! It describes proven, empirically-valid methods and tools (now ValidRisk) applicable to projects of all types and at all decision gates. The text is written for both the manager and the risk analysis practitioner. It will help bring reliable accuracy and contingency determination to your capital project organization.

This book fills a gap in the literature between general risk management texts that touch lightly on risk quantification, texts on decision analysis that look at all inputs to investment decisions (not just capital cost and schedule), and texts for technical experts (“quants”) or consultants that dive deep into statistics and modeling for all sorts of applications. It is focused on aligning:

To address these audiences, the book has two main parts:

PRQ also includes an extensive glossary and sidebars to define important terms as they come up. The book also includes questions at the end of each chapter to reinforce learning of key points; these have been used to guide book discussion groups at companies as well.

Returning to the history discussion, a unique aspect of PRQ is that its recommended methods have been shown by empirical research (by Rand, Construction Industry Institute, IPA Inc., and others) to be reasonably reliable. That research is reviewed in depth in Part 1 of the book. Most treatments on risk analysis do not address whether a method actually works or not; therefore, practices have entered the risk management literature and practice without the slightest evidence of their efficacy.

This website stores cookies on your computer. These cookies are used to collect information about how you interact with our website and allow us to remember you. We use this information in order to improve and customize your browsing experience and for analytics and metrics about our visitors both on this website and other media. To find out more about the cookies we use, see our cookie policy.